Robot kits like the GoPiGo and BrickPi are designed to give users a safe space to iterate and experiment with engineering, coding, and robotics. And that means they need to be just that: safe. That’s why we’re announcing the recall of the Dexter Industries Rechargeable Battery Packs, previously sold for the GoPiGo and BrickPi robots. 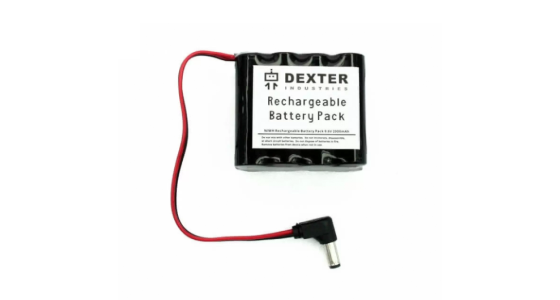 The Dexter Industries Rechargeable Battery Packs have the potential to short circuit, causing them to overheat and posing a potential burn hazard. While there have only been a few instances of this issue, we want to make sure your homes and classrooms are safe even if your robots are in storage. We recommend that you immediately cease using the Dexter Industries Rechargeable Battery Packs, and have a professional safely dispose of them according to local laws. If you need help finding a disposal site, please click this link, ensure the battery type selected is “Nickel-metal Hydride” and enter your zip code to locate one near you. Modular Robotics is offering a free replacement battery pack to all affected by the recall. To sign up, visit the official battery recall site or contact our toll-free 24-hour hotline at 877-233-6859. In the meantime, GoPiGo and BrickPi robots are perfectly safe to use with traditional AA batteries (standard or rechargeable). 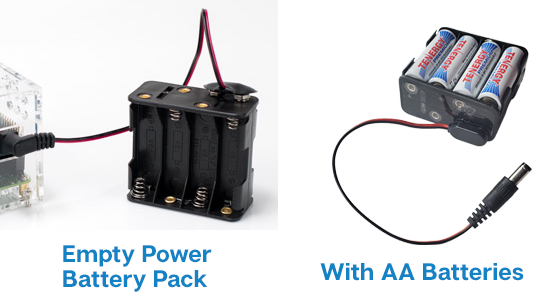 Once again, if you have a Dexter Industries Rechargeable Battery Pack, please register  at the official battery recall site or contact 877-233-6859. You will automatically be eligible to receive a replacement battery pack after registering. This recall only pertains to the Rechargeable Battery Pack sold with the GoPiGo and BrickPi robots, and does not affect any other Dexter robots or Cubelets robot blocks.
Carolyn Wilke    April 30, 2020    Modular Robotics    Dexter Industries, recall     Leave a comment
I’ve been having a lot of fun at Modular Robotics lately.  It’s been a bit of a whirlwind with a lot of changes, a lot of new collaborators, a lot of new ideas, and a lot of creative problem solving.  It never occurred to me that we’d grow by acquiring other companies, but here we are: just a few weeks ago, we completed the transaction to merge with Dexter Industries and we’ve been busy integrating our new team members and making plans for the future. Dexter has been on my radar since about 2013.  Back then, they were making a bunch of interesting high-end sensors and extensions for LEGO Mindstorms, and I thought the idea was compelling: build on a commercially successful construction kit to enable kids (and AFOL) to explore further than the stock pieces and configuration allowed.  Dexter has grown and changed quite a bit since then, focusing over the last few years on mobile robots for education.  They’re still building off of the work of other successful projects; the Gigglebot, below, is built around a micro:bit and the GoPiGo, further down, is built around a Raspberry Pi. 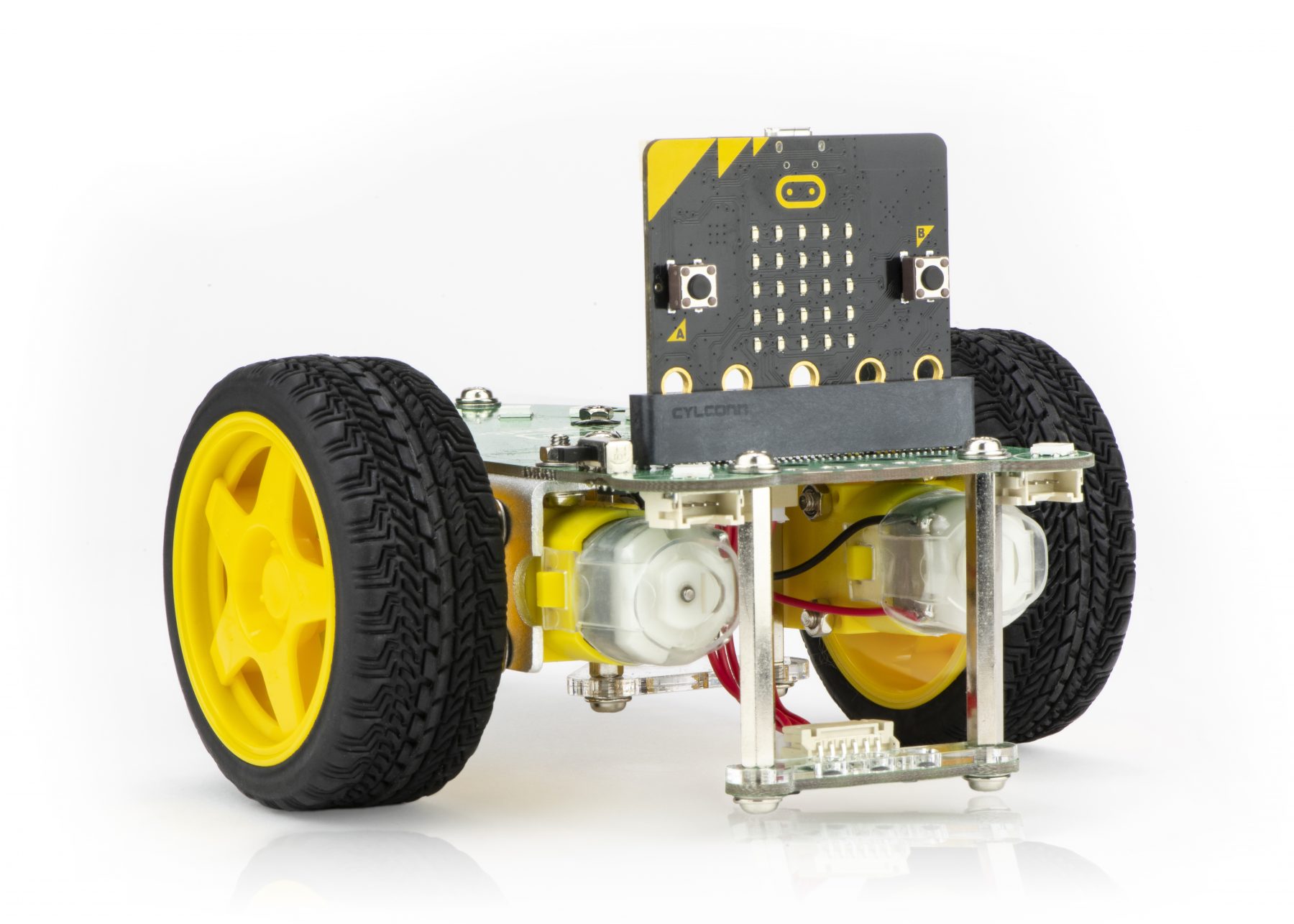 Up until a couple of years ago, we didn’t think much about teaching kids to code.  I feel strongly that the push to teach coding in elementary schools is misguided: that we should start with teaching computational thinking, away from a computer screen, and only get kids started coding when it starts to become something that they want or need to do in order to solve a problem or make something.  We hear all the time about how it’s important to teach little kids to code, but most of the time I think we’re hearing it from people who don’t really code themselves and see it naively as a step on the path to a good twenty-first century job. Those of us who write code every day know that it’s just one of many tools needed to design something.  It’s important to start from the beginning, with logic, computational thinking, and creativity, before moving to programming. I’m proud that Cubelets have been a big success at helping kids learn to think.  With Cubelets, kids as young as four are learning about things like feedback, control, loops, recursion, inputs/outputs, sensors, and networking all before they start programming.  Later, after kids learn the basics of programming, Cubelets are again a powerful tool: kids can code them to make complex distributed systems: concurrent models of cities, animals, and ecosystems.  But the complexity of Cubelets makes them not the best tool for the step in the middle: learning and practicing the basics of programming. Since Cubelets are a parallel system, they can quickly get complicated for learning to code.  It’s much easier to start small and code a simple robot than it is to code an interconnected mass of twenty! I first learned some programming in Logo.  My dad tells the story of coming to first grade parents’ night at Coleytown Elementary School in 1983 or so and seeing me demonstrate directing my little green turtle icon around on an Apple II screen with lines of code.  My dad likes to say that he saw the future that night. He went home and bought a Commodore 64, learned how to use it, and later, as a professional photographer, became an early adopter of digital imaging, Photoshop and image databases.  Anyway. Something about using code to create geometric patterns and illustrations was the bait that drew me in. A lot of people don’t know that the first Logo turtles were physical robots, not the familiar on-screen triangles.  Back in 1960 it wasn’t practical to have a physical robot for every kid, so we made do with on-screen simulations.  In 2019, it’s eminently practical, and the real-world behavior, tangibility, physicality, and connection to natural systems make robots an excellent tool for teaching kids to code. At first, we thought we’d design a coding robot from scratch.  Modular Robotics is a spinoff from an academic research lab at Carnegie Mellon University, and the desire to invent new things is part of our culture.  But after a few discussions with John Cole, Dexter’s founder and CEO, it was apparent that there was a better path right in front of us. On July 1, 2019, Modular Robotics bought Dexter Industries, and not only have we expanded the set of learn-to-code tools in our product line, we’ve got a great new team of experts to work with moving forward. John is a pretty amazing human being.  He started Dexter Industries in his kitchen, after working in alternative energy and a variety of other fields too.  He has an insatiable curiosity, combined with the capability to realize his crazy ideas, and that draws everyone toward wanting to work with him.  Over the last ten years he’s spent time in Afghanistan, India, Iraq, and many other places, and has some unique stories to tell. I’m honored and thrilled to have him on the Modular Robotics team as a close collaborator, along with the impressive collection of characters who make up the rest of the Dexter team. 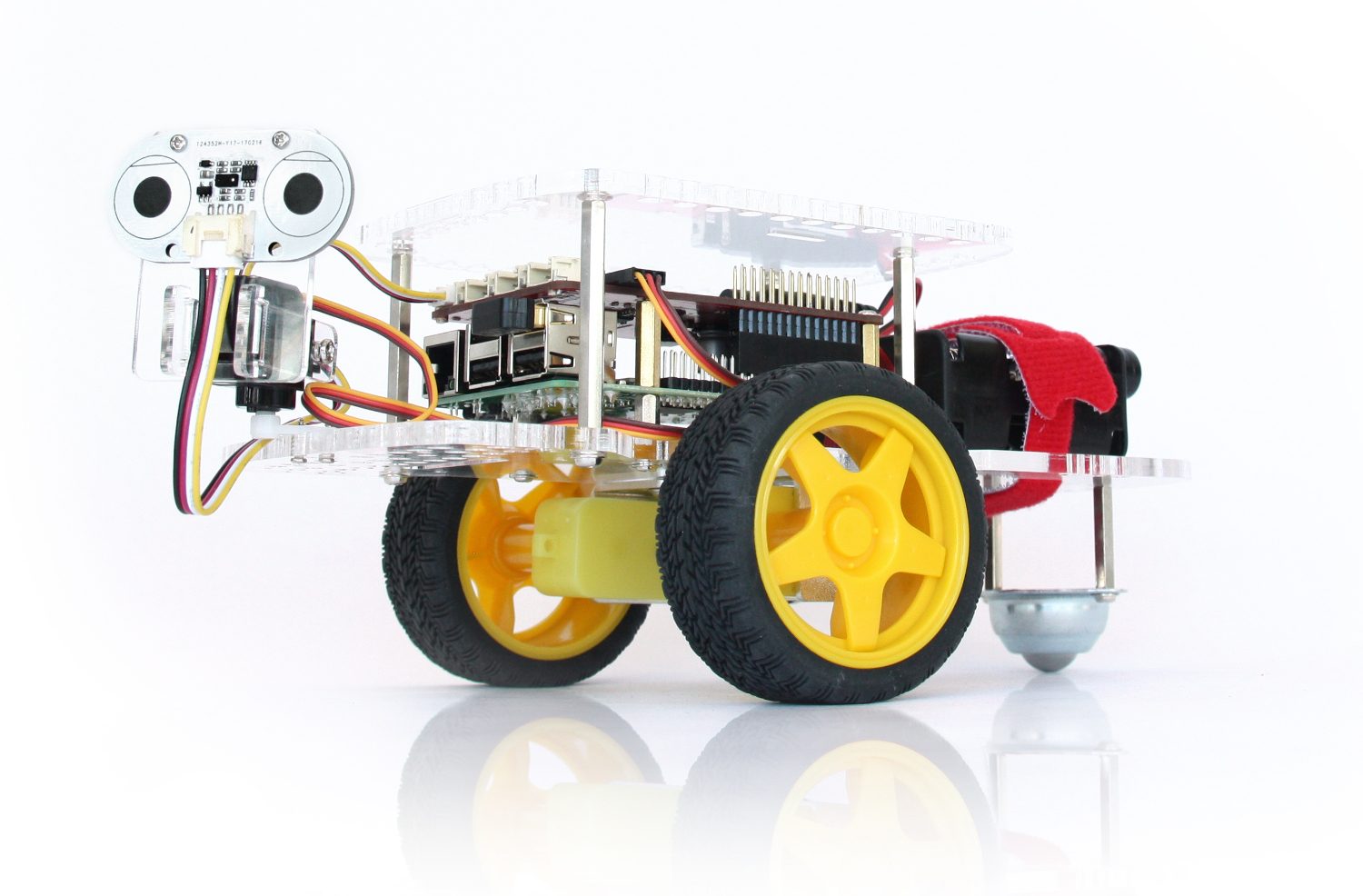 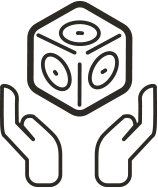